The code review report generated by Visual Expert now supports naming convention verifications, based on a set of rules pre-defined for each language.

How to Check Naming Convention through Code Review Report?

Once you have generated a Code Review Report, the dashboard shows the summary of objects - NOT following the naming convention rules. 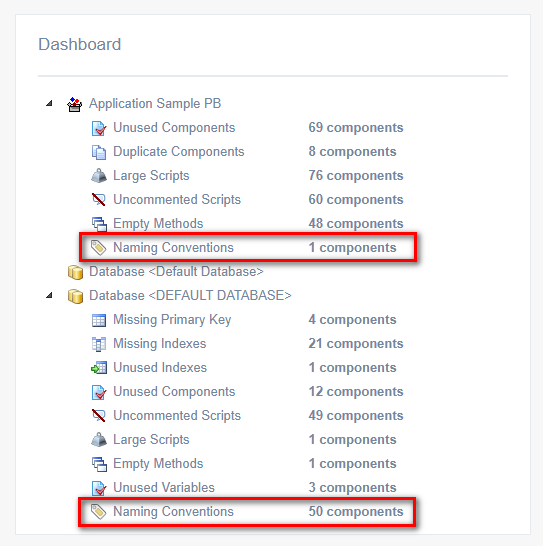 For instance:
The above report has been created for a PowerBuilder + Oracle application.
Visual Expert identified 1 PB component and 50 Oracle components, listed in the 'Naming Conventions' category, that are NOT following the Naming Standards defined by Visual Expert.